If users generated an invoice manually for a future billing cycle, once that billing cycle arrived the system would automatically generate a new invoice for the same billing cycle. This feature addresses this scenario.

Go to Work 365 ➤ Administration ➤ Configuration Settings ➤ Invoicing Cycle Range. This setting controls how many billing cycles are going to be available for generating invoices in the past, present, and future cycles. The same also defines how many billing schedules are automatically created.

The default view will show all active Billing Schedules.

Each Billing Schedule record will show the following:

Generating an invoice against a Billing Schedule:

When the system completes its automatic invoicing generation process, the system will automatically create a number of billing schedules as defined by the Work 365 Configuration Setting (noted above). This process remains the same for invoices that are manually generated as well.

Note: the generated invoice which was generated is linked to the Billing Schedule in the ‘Resulting Invoice’ field. 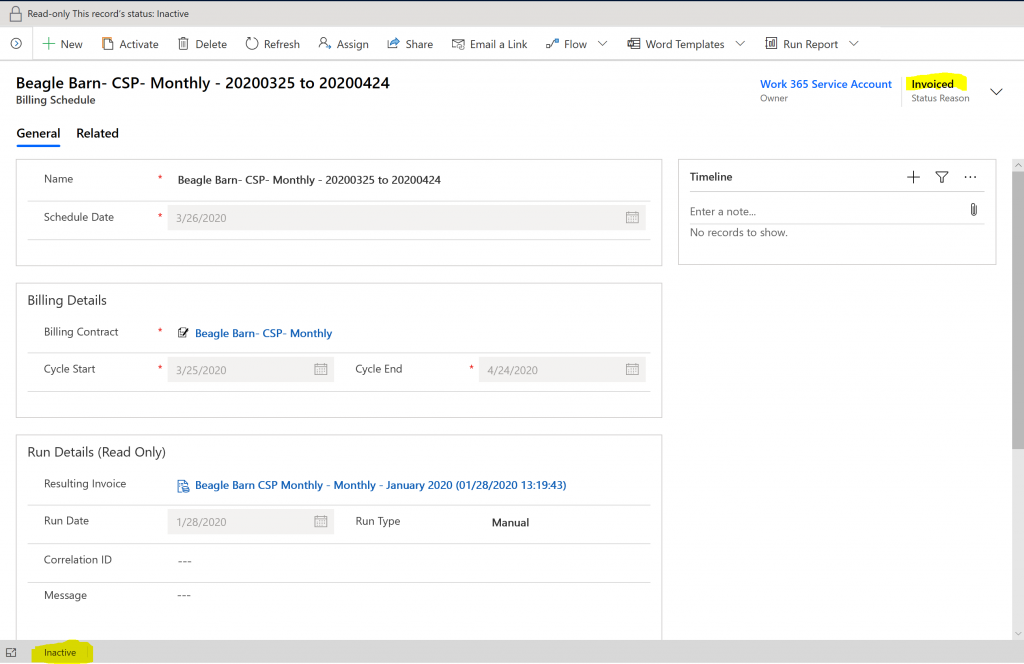